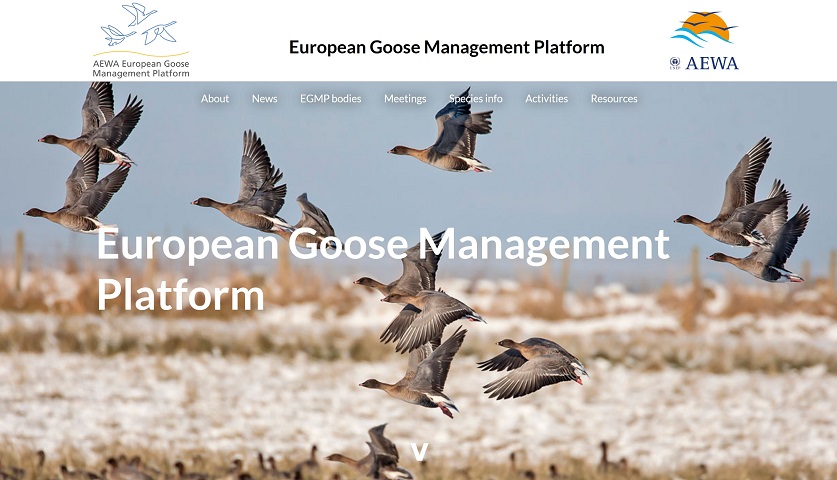 In 2015 the WSF goose management group decided to cooperate with national and international initiatives to minimize the impacts of increasing migratory goose populations in Europe on economic activities and natural ecosystems.

Starting with a trilateral working group on agricultural issues, the WSF specialised on Goose Management and elaborated reports on the topic. Today, the WSF collaborates with AEWA. Find out more about our process of becoming a member of the international regarded and accepted AEWA organisation, our publications and the latest meetings.

From our project "MediaWatt - Media work in the Waddensea World Heritage with voluntary service workers" a short reportage was taken and can be seen here:
https://www.waddensea-forum.org/en/topics/projects/mediawatt
and also here:
youtube.com/channel "MediaWatt"

(As it is a German project the reportage language is German)

2021-12: Webinar "How to manage agricultural damage and conflicts?"

The WSF is member of the AEWA EGMP Task Force Agriculture. In 2020, the TF Agriculture organised two webinars. The first was early this summer on “setting the scene” and was held presenting the range states. The second webinar reflected on the question “How to manage agricultural damage and conflicts?”. More than 130 participants attended the online seminar. To re-watch the presentations please use the link as follows:

For getting the full programme please see pdf-file.

2021-05: Webinar "At the interphase between geese and agriculture: Setting the Scene"

On 27 May 2021, the Agriculture Task Force arranged an online seminar focusing on the goose-agriculture challenges. In this webinar, under the title Setting the Scene, nine different Range States gave a presentation of the main challenges geese cause for agriculture in their country, focusing on the species causing the damage, types of crops damaged, the main challenges and the most challenging times of the year, in terms of agricultural damage. The webinar is a direct response to the EGMP fundamental objective "Minimise agriculture damage and conflicts", and an initiative to facilitate communication, share expertise, knowledge and experiences.

2020-10: WSF invites to an informal meeting regarding trilateral Goose management

The WSF takes part in AEWA meetings as an observer. This year, the two scheduled meetings (EGM IWG and Taskforce Agriculture) were held as online meetings due to the current situation. Documents from the multi-day online meeting of the EGM IWG can be viewed at https://egmp.aewa.info/meetings/egm-iwg. The Agriculture Taskforce met in September 2020 to discuss the work plan for 2021. The contents of this work plan include the closer cooperation with the modeling group and the processing of the topic "cost estimation of goose management". More information at: https://egmp.aewa.info/task-forces/agriculture-task-force.
In the past, the WSF has made various attempts to deal with the challenges in Goose management on a trilateral basis (see below). Regular meetings of the former Goose management working group were suspended. With the discussion about the future work plan in the Taskforce Agriculture at AEWA level, the interest in working on the ongoing challenges in connection with Goose management in the trilateral Wadden Sea region was rekindled. For this reason, the WSF organized an informal meeting of interested parties in October 2020. At this meeting, the existing problems, conflicts and possible solutions, but also positive developments, were exchanged between the participants. The participants consisted of the administration and ministries of the Wadden Sea Region as well as representatives from agriculture. Interested persons are welcome to contact the WSF secretariat for further information. In the future, the WSF Secretariat will hold a meeting on certain topics within the trilateral framework for Goose management.

Recently the "Ostfriesische Nachrichten" placed an article about our position regarding Goosemanagement. "Farmers are annoyed about damages caused by barnacle geese. Wadden Sea Forum calls for a quick solution for agriculture in Leer and complains about the inactivity of the regions." (read the full article in German).
See more information on Goosemanagement down on this page.
2019-11: WSF Resolution Goose Management 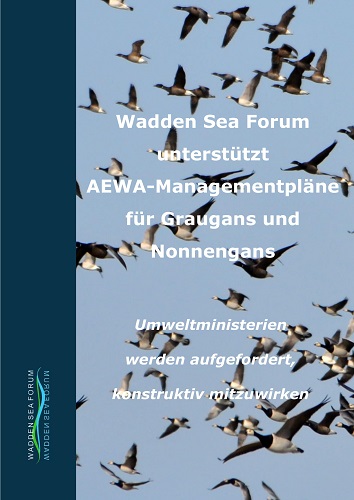 The WSF plenary discussed in its meeting on 18-19 November the process of implementing the AEWA management plans for Greylag and Barnacle geese on flyway level. These management plans were adopted by the range states in December 2018. For the implementation in the different countries Favorable Reference Values (FRVs) have to be defined. As this process is lacking, the WSF elaborated a resolution, which requests the responsible ministries to speed up the process and support the AEWA concept. The Meeting adopted the resolution without any vote of dissent. See more information and documents down on this page.

"When the fox preaches, take care of your geese: the urgent need for international collaboration to manage migratory geese"
by David Stroud, Jesper Madsen and Tony Fox, British Birds, February 2016

2015: WSF decided to cooperate with AEWA

In 2015 the WSF goose management group worked on concrete steps to implement the trilateral goose management scheme. The installation of a management group under the responsibilities of the regional governments (province or state level) failed due to low commitment. Further management tasks are beyond the power and responsibility of the WSF and following, it was decided to suspend the regular meetings of the goose working group. Nevertheless, the WSF is going to cooperate with national and international initiatives to minimize the impacts of increasing migratory goose populations in Europe on economic activities and natural ecosystems.

A step forward was taken at the international conference on goose management on 27-29 October 2015 in Denmark. Recommendations for a sound management on flyway level and the establishment of an “European Goose Management Platform” were agreed on and forwarded to the 6th Session of the Meeting of the Parties of AEWA in Bonn in November 2015 at which the recommendations were adopted.

Meanwhile, the AEWA Goose Management Platform as wells as a working group as coordinating and decision making body of the Platform has been installed. “ The inter-governmental AEWA European Goose Management International Working Group (hereinafter referred to as EGM IWG) is constituted to serve as the coordinating and decision-making body of the AEWA European Goose Management Platform established under the auspices of the African-Eurasian Migratory Waterbird Agreement (AEWA), following AEWA Resolution 6.4, with the goal to ensure the conservation and sustainable use, as well as the favourable conservation status of the migratory goose species and populations to which it applies. The European Goose Management Platform operates in line with existing international obligations and the pertinent legislative frameworks and regulations, as relevant in each range state, including AEWA, the Bern Convention and the EU Birds Directive for the range states to which these apply”. 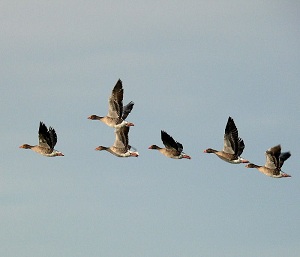 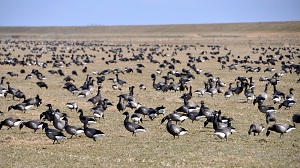 But it became clear, however, that the elaboration of a concrete Goose Management Plan is a huge challenge and may not be possible at the level of detail required for a management plan. Therefore, it became more realistic to elaborate a plan, which is a framework scheme on strategic level, similar to the 2010 report, but with integration of more concrete management measures and defined responsibilities. Following, it was agreed to re-establish a Goose Management Group with representatives of farmer organizations, regional authorities, scientists and NGO's. In December 2013, the GMG presented the WSF goose management framework scheme 2013, which was also forwarded for decision to the 12th Trilateral Governmental Conference in February 2014 in Tønder, DK. 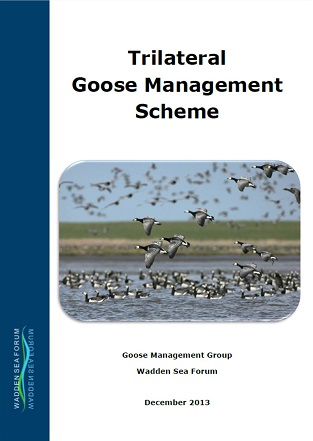 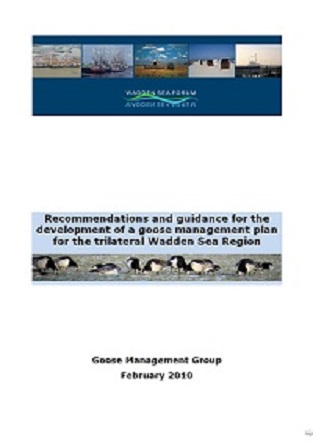 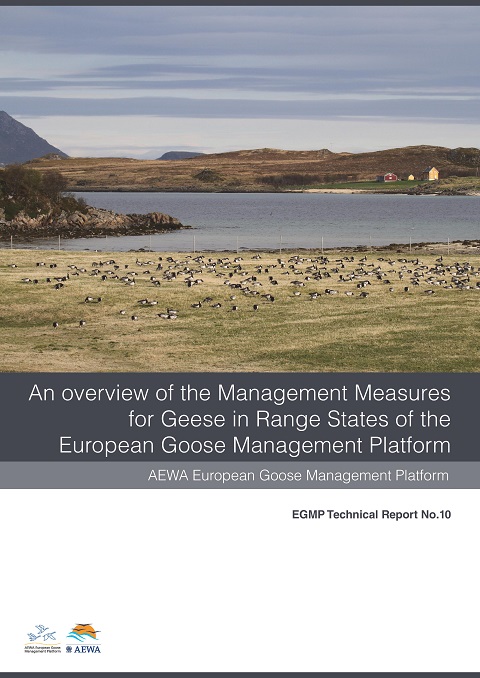 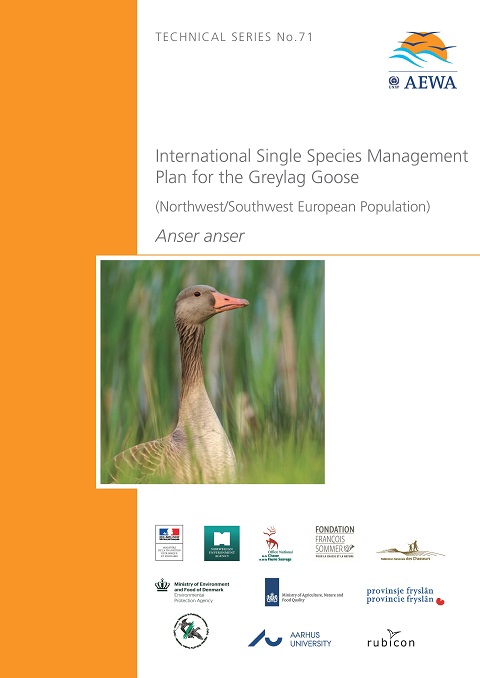 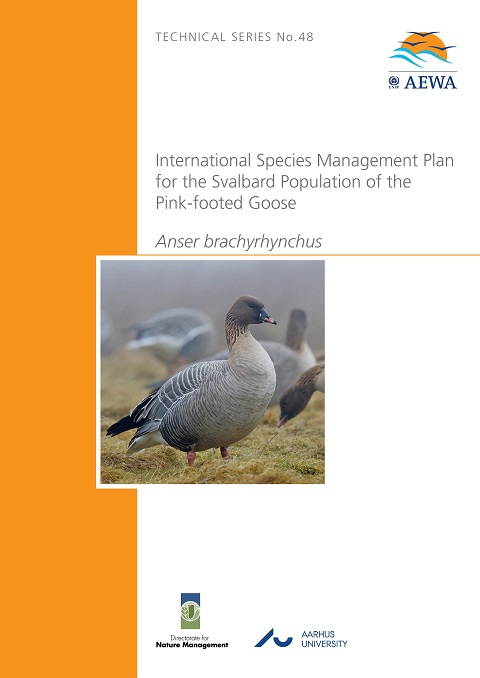 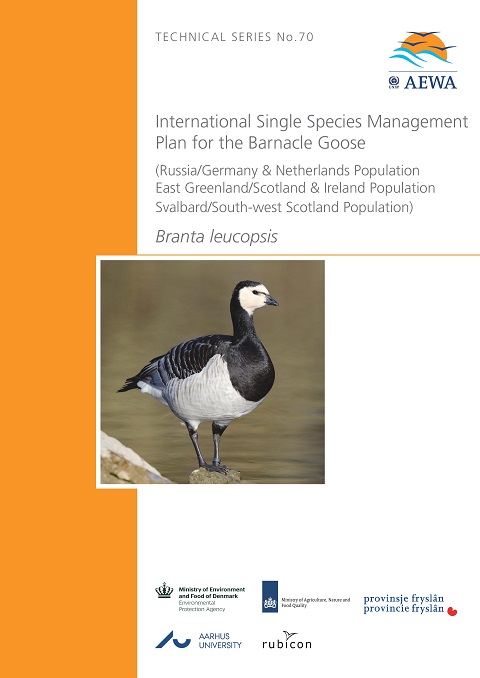